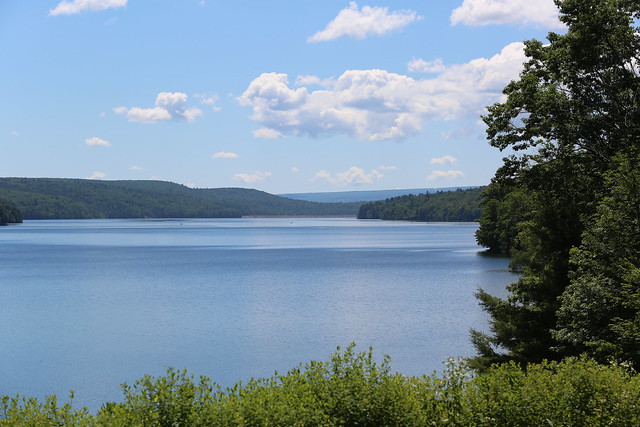 Rondout Reservoir straddles the Ulster/Sullivan County border along the southern edge of the Catskill Park, approximately 6 miles northwest of the Village of Ellenville and more than 65 miles northwest of New York City. It is formed by the damming of Rondout Creek, which continues northeastward and eventually drains into the Hudson River at Kingston. It consists of one basin, almost 6.5 miles long and holds 49.6 billion gallons at full capacity. It was placed into service in 1950.

The Rondout’s watershed drainage basin is 95 square miles and takes in parts of seven towns: Fallsburg and Neversink in Sullivan County, and Denning, Olive, Rochester, Shandaken and Wawarsing in Ulster County.