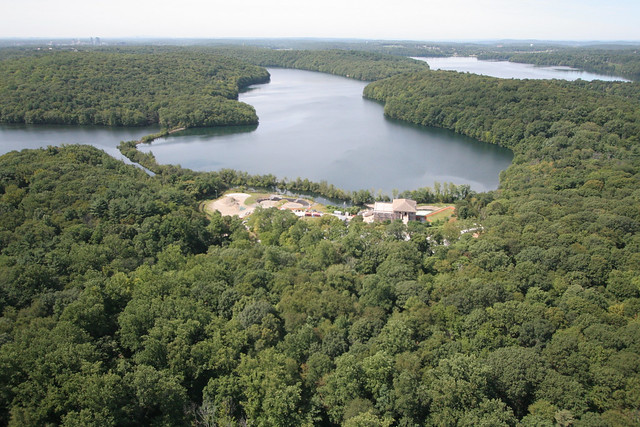 Kensico Reservoir is located in Westchester County, about 3 miles north of White Plains and 15 miles north of New York City. Although formed by the damming of the Bronx River, it receives most of its water from the City’s west-of-Hudson reservoirs through the Catskill and Delaware Aqueducts. Kensico Reservoir consists of a western main basin and an eastern Rye Lake portion, with water passing freely between the two. It holds 30.6 billion gallons at full capacity and was placed into service in 1915.

The Kensico watershed’s drainage basin is 13 square miles and includes portions of the Towns of Harrison, Mount Pleasant, North Castle and a small part of Fairfield County, Connecticut.