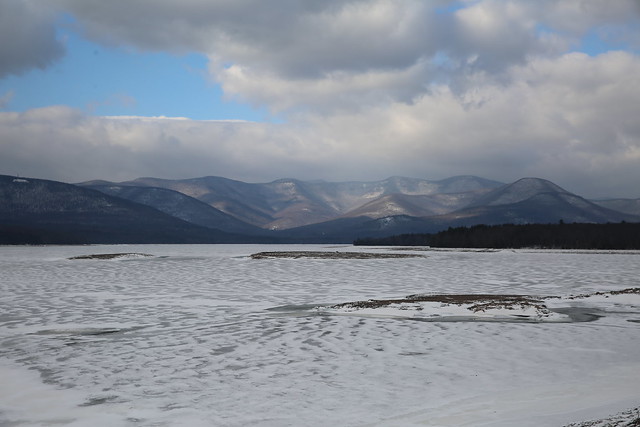 Located in Ulster County, about 13 miles west of Kingston and 73 miles north of New York City, Ashokan Reservoir is formed by the damming of the Esopus Creek, which eventually flows northeast and drains into the Hudson River. Consisting of two basins separated by a concrete dividing weir and roadway, the reservoir holds 122.9 billion gallons at full capacity and was placed into service in 1915.

Ashokan Reservoir is one of two reservoirs in the City’s Catskill Water Supply System. The other is Schoharie Reservoir, located 27 miles to the north, whose water flows into Ashokan via the Shandaken Tunnel and Esopus Creek. Including the water it receives from Schoharie Reservoir, Ashokan Reservoir supplies about 40% of New York City’s daily drinking water needs in non-drought periods. Water enters the Ashokan’s West Basin and, after a settling period, is withdrawn from its East Basin. It is carried southeast under the Hudson River via the 92-mile Catskill Aqueduct, which has a maximum depth of 1,114 feet. It ordinarily enters Kensico Reservoir in Westchester for further settling, where it mixes with Delaware system water and then travels south in two aqueducts before entering New York City’s water supply distribution at Hillview Reservoir in Yonkers, just north of the City line.