Broadway in the Boros 2018
Applause, Applause!

Thousands came out to hear songs from hit musicals in City Parks and Public Plazas in Brooklyn, Queens, Staten Island and the Bronx. 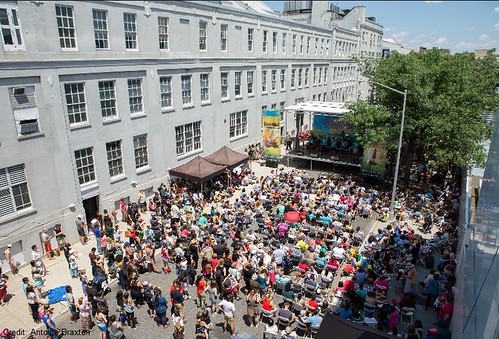 Broadway in the Boros 2018: Queens slideshow 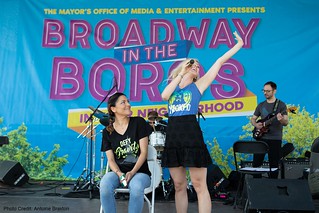 Broadway in the Boros 2018 was more popular than ever, with close to a thousand New Yorkers coming out to each of the four performances. Current cast and band members from hit musicals performed for appreciative audiences made up of die-hard fans and first-timers alike, including families, campers and a few superfans who traveled from borough to borough for each show. Even the weather cooperated for this series of summer Friday, lunch-time performances. Sirius XM's Julie James emceed the performances and presided over fun giveaways at each concert.

The Mayor's Office of Media and Entertainment extends a heartfelt thank you to all of the participating shows: Come From Away, A Bronx Tale, Once On This Island, Beautiful: The Carole King Musical, The Band's Visit, Wicked, SpongeBob SquarePants and Kinky Boots.

Sincere thanks go to all of our partners in this endeavor: Brooklyn College Department of Theater, the Village Voice, Show-Score, and Bai. Thanks to the Downtown Brooklyn Partnership, Brooklyn Academy of Music, Kaufman Astoria Studios, the Museum of the Moving Image, the National Lighthouse Museum, the NYC Parks Department and NYC Department of Transportation. For help in getting the word out, we extend our thanks to the Borough Presidents' offices as well as other local elected officials. 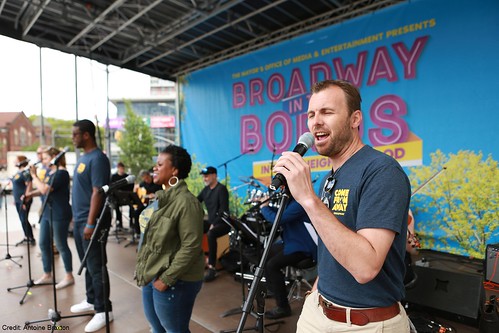 Broadway in the Boros 2018: Brooklyn slideshow

Check out photos and information about past performances.