Thousands came out to hear songs from hit musicals in City Parks and Public Plazas in Brooklyn, Queens, Staten Island and the Bronx.

For the Summer, 2017 season of Broadway in the Boros, nearly 2,000 people came out for performances from current hit Broadway shows by actual cast members. The audiences were filled with children and families from the neighborhoods near the venue and included many people who had never seen a Broadway show before. Sprinkled in were superfans and tourists willing to travel to another borough for a chance to see their favorite actor or enjoy the rare opportunity to witness Broadway talent up close.

The Mayor’s Office of Media and Entertainment extends a heartfelt thank you to the participating shows: Waitress, Chicago, Anastasia, Natasha, Pierre and the great Comet of 1812, Charlie and the Chocolate Factory, Newsies, and Bandstand. 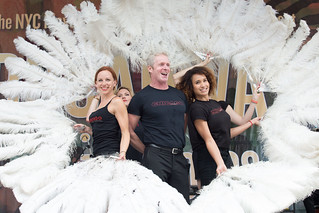 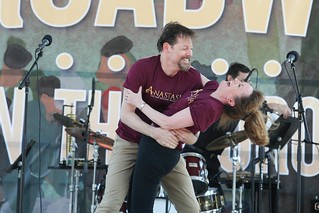 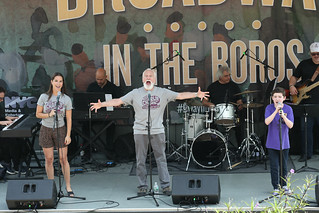 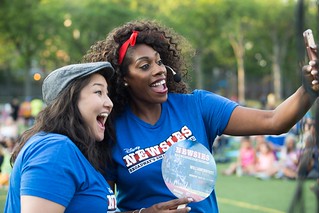 In the summer of 2016, MOME created "Broadway in the Boros," a program that brings Broadway shows directly into neighborhoods across New York City. In Summer 2017, the popular program returns to the delight of audiences throughout the boroughs. Featuring a showcase of live vignettes performed by members of the current casts and members of orchestras from hit musicals, these lunchtime performances are free and open to the public.

Presented in Brooklyn, Queens, Bronx, and Staten Island, the outdoor performances are set in venues including public parks and plazas in neighborhoods where live music programming is infrequent.

In the summer of 2016, Broadway in the Boros presented SHE LOVES ME, FIDDLER ON THE ROOF, BEAUTIFUL (with the addition of a cameo performance by former GLEE star Darren Criss), KINKY BOOTS, PHANTOM OF THE OPERA and STOMP.

Broadway in the Boros is a partnership between the Broadway Theatre community and New York City Parks Department, along with AFM Local 802 and alliances among City Agencies, neighborhood organizations, and local cultural institutions.