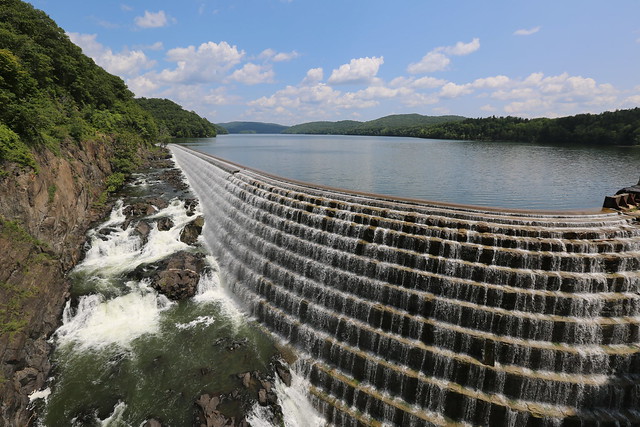 Located in Westchester County, stretching through the Towns of Cortlandt, Yorktown, Somers, Bedford and New Castle, approximately 22 miles from New York City. Formed by the damming of the Croton River, which then continues southwest and drains into the Hudson River. Consists of one river-like basin about 9 miles long. Holds 19 billion gallons at full capacity, the largest reservoir in the Croton system. Placed into service in 1905, replacing the original, much smaller Croton Reservoir, which was the City’s first upstate water supply and went into service in 1842.

The New Croton watershed’s drainage basin is 57 square miles and, like the reservoir itself, includes portions of the Towns of Bedford, Cortlandt, New Castle, Somers and Yorktown.