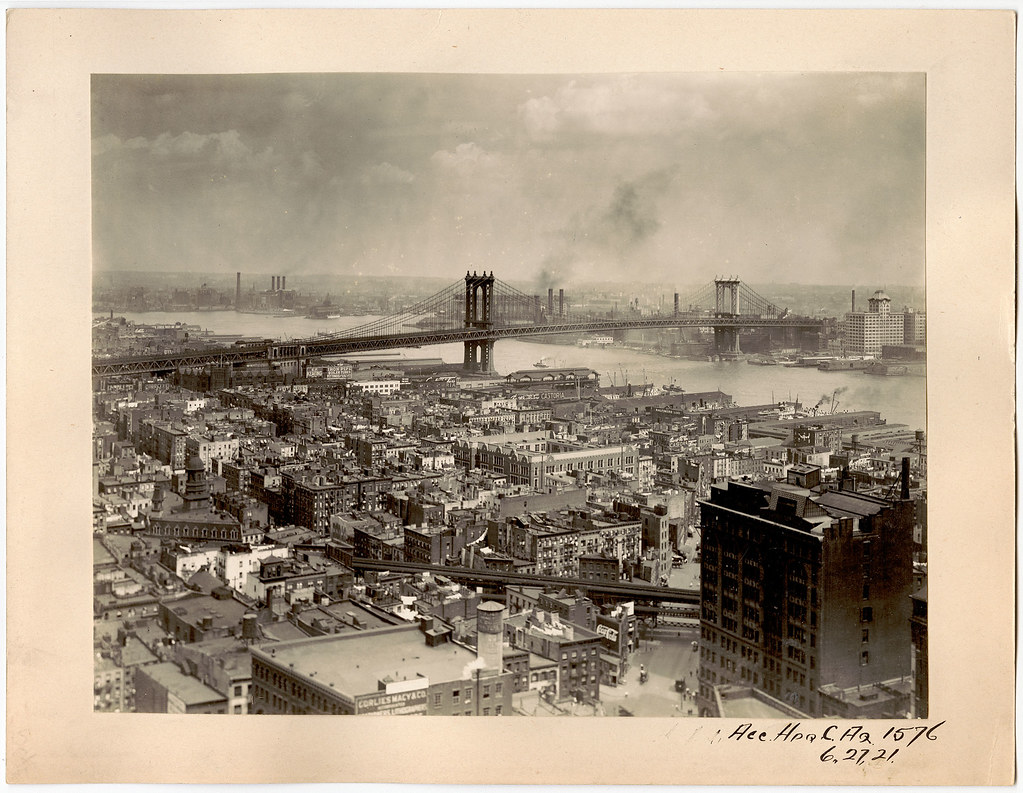 Our clean and reliable drinking water is something many New Yorkers take for granted. But for hundreds of years, clean water was not a fact of life for New Yorkers. In 1842, more than 150 years ago, pristine water flowed for the first time from upstate reservoirs into New York City. Today, an amazing system of reservoirs and lakes, aqueducts, tunnels and water mains distributes about 1.3 billion gallons of water daily to nearly 9 million people. Throughout its history, New York City’s ability to provide a reliable source of water for its citizens has allowed it to grow and develop into a great urban center.

In the early 1600s, the Dutch founded New York City, settling on the southern tip of Manhattan. For the next 175 years, water came from wells, ponds and springs within the City. The first main source was the Kalch-Hook, or Collect Pond, a 48-acre springfed pond near Franklin and Pearl Streets in lower Manhattan, from which people collected water and brought it to their homes. There were also a few private wells.

In 1667, shortly after the British seized New York from the Dutch, the first public well was dug in front of the old fort at Bowling Green, located near Battery Park. The well used a pump — the first in the City’s history — to bring the water from underground.

As population increased, the existing wells and ponds soon were unable to provide enough water. With no system for disposing of sewage and garbage, human waste and trash polluted waterways and the stone-lined wells dug to tap groundwater became contaminated by salt water from the Hudson and East Rivers.

To make up for the lack of safe clean drinking water in Manhattan, water was hauled from Brooklyn in the early 1700s. Brooklyn had an excellent supply of fresh groundwater, but it was not enough to meet New York City’s needs.

The inadequate quantity and poor quality of the water supply created catastrophic problems. Fires burned out of control, including one in 1776 that destroyed a quarter of the City’s buildings. Disease also ravaged the population. In 1832, contaminated water contributed to a cholera epidemic that killed 3,500 people.

In 1799, the State Legislature gave the newly formed Manhattan Company the exclusive right to supply water to New York City. The company, headed by Aaron Burr, ignored plans to bring water from outside of Manhattan, and sunk more wells at the Collect Pond. The water was stored in a new reservoir at Chambers Street and was distributed through wooden pipes. The Manhattan Company used its surplus funds to start a bank, known today as Chase Manhattan. The Company, which was more interested in running a bank than a water supply system, did a poor job of delivering water to the City.

By the late 1820s, City leaders realized they had to develop a cleaner and more abundant source of water. After exploring alternatives, the City decided to take water from the Croton River, in what is now Westchester County. The development of the City’s first successful public water supply system was a major engineering undertaking. The system was constructed by almost 4,000 immigrants, who began work in 1837. It included the Old Croton Dam, which was built six miles above the junction of the Croton and Hudson Rivers. The dam created a lake five miles long that covered about 400 acres and was able to hold 660 million gallons of water. Another major component was the Old Croton Aqueduct, built to carry water 41 miles from the Croton River to a reservoir at what is now the Great Lawn in Central Park. From there the water traveled to the Murray Hill Distributing Reservoir, today the site of the New York Public Library on 42nd Street and Fifth Avenue.

Croton water flowed through the aqueduct, largely by gravity, and arrived in the City on July 4, 1842. New Yorkers celebrated with spectacular fountain displays and a parade. The Croton system provided water to a population that continued to grow. By the 1880s, the City decided to enlarge the Croton system with a new dam and aqueduct and a larger watershed. The Old Croton Dam was submerged in the reservoir created by the New Croton Dam. In 1885, construction began on the New Croton Aqueduct, an underground tunnel almost three times the size of the old aqueduct.

The increased supply of clean water allowed population to swell and the City expanded even further. In turn, the installation of sewers, flush toilets and household faucets led to greater water use — and waste. The merger of Brooklyn, Queens and Staten Island with Manhattan and the Bronx into one city in 1898 added to the demand for water.

By the turn of the century, City leaders were again forced to expand the water supply. New York State passed legislation that created the New York City Board of Water Supply. It allowed the City to purchase watershed land in the Catskill Mountains and to create new reservoirs by damming streams and rivers. The residents of several villages were moved and the towns flooded to create reservoirs. In this way, the City developed the Catskill and Delaware reservoir systems, which were completed in 1927 and 1965, respectively.

The watersheds of the three systems cover an area of almost 2,000 square miles, approximately the size of the State of Delaware. The reservoirs combined have a storage capacity of 550 billion gallons. The water flows to New York City through aqueducts, and 97 percent reaches homes and businesses through gravity alone; only 3 percent must be pumped to its final destination. Chlorine is added to the water to kill bacteria, and fluoride is added to help prevent tooth decay.

Located in Westchester, Putnam and Dutchess Counties, the Croton system has 12 reservoirs and 3 controlled lakes. The largest, the New Croton Reservoir, can hold 19 billion gallons of water. The system normally supplies 10 percent of the City’s drinking water, but can supply more when there is a drought in the watersheds farther upstate.

The Catskill system includes 2 reservoirs and supplies up to 40 percent of the City’s daily needs. The Catskill watershed is located in parts of Greene, Ulster and Schoharie Counties, about 100 miles north of New York City and 35 miles west of the Hudson River.

The Delaware system, in parts of Delaware, Ulster and Sullivan Counties southwest of the Catskill watershed, includes 4 reservoirs which provide 50 percent of the City’s daily water needs. The largest is the Pepacton, which can hold over 140 billion gallons of water — more than the entire capacity of the Croton system.